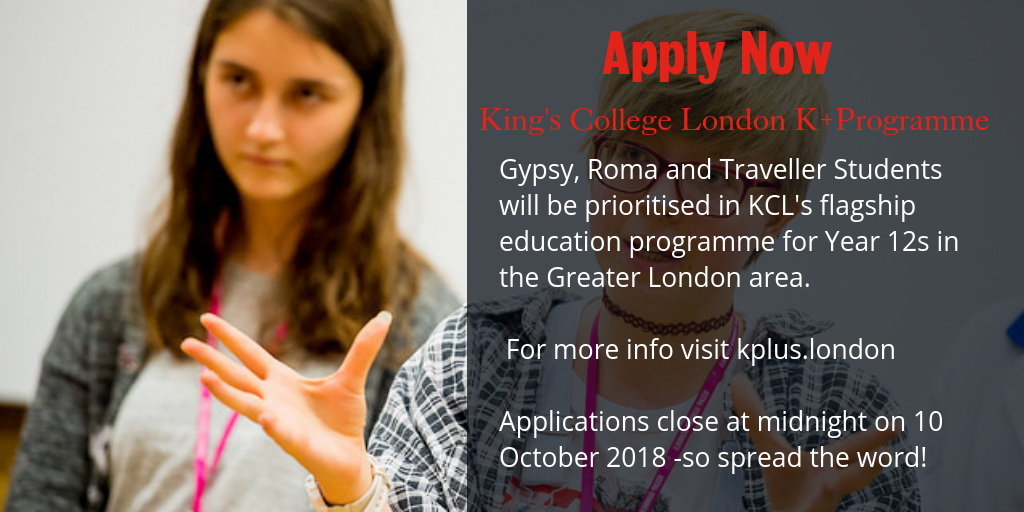 Gypsy, Roma and Traveller Students will be given priority in King’s College London K+ Programme For more information go to www.kplus.london or email kplus@kcl.ac.uk .

King’s College London is dedicated to increasing access to higher education in under-represented groups, and for the first time students from Gypsy, Roma and Traveller communities will be prioritised on the flagship K+ programme.

The K+ Programme is a free 2 year programme for current year 12s in the Greater London area, it equips students with the skills, knowledge and confidence to continue their journey with subjects ranging from Healthcare and Sciences to Law and Politics. 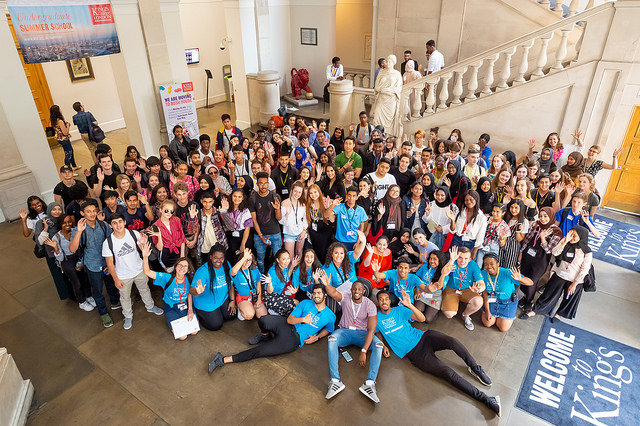 The full debate makes worthwhile but, in the main, depressing reading. Most of the MPs who spoke, were intent on amending and increasing existing legal powers to remove unauthorised encampments faster and cheaper. They were also intent on preventing private unauthorised developments. Most took care to point out that they were only talking about the minority of Gypsies and Travellers though in some cases their intolerance was only thinly disguised.

After almost three and a half hours Marcus Jones Parliamentary Under-Secretary of State (DCLG) brought the debate to a close, stating:
“I am, therefore, very pleased that, today, we have signalled our intention to seek a call for evidence to review the way in which existing powers are enforced and to understand what more can be done to tackle many of the issues raised in the debate”.

A number of MPs including David Linden, Andrew Slaughter, Kate Green, Tony Lloyd, Laura Pidcock and Paul Williams made strong speeches. These restored some balance into a debate that had seemed to focus on criminality ignoring two of the originally announced main themes. They raised important matters such as health, education, the Ministerial Working Group commitments, the removal by the government of accommodation needs assessments and the availability of sites.

For a fuller report and link to the official Hansard transcript:

GATEHerts have created an website https://reportracismgrt.com specifically to record incidents of hate crime against Gypsies, Roma and Travellers. 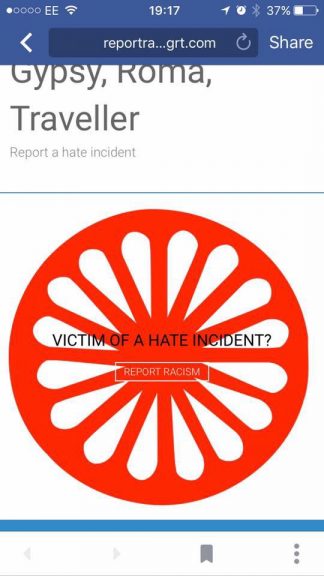