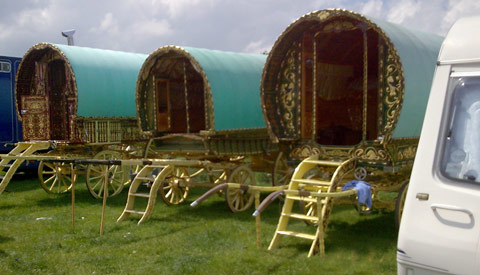 ACERT is a key partner in running very successful event “Education on the Hoof” at Appleby Horse Fair each June in Cumbria. It maintains close links and many common aims with the National Association of Teachers of Travellers and Other Professionals.

The Advisory Council for the Education of Romany and other Travellers (ACERT) was founded in 1973 by Lady Plowden, Tom Lee, the General Secretary of the Romany Guild and others from Gypsy and other communities. Lady Plowden had chaired the major Government study “Children and their Primary Schools” in 1967, which found that Gypsy children had the worst access to Education of any group.

ACERT was primarily a campaigning and lobbying organisation, initially on Educational issues.

From 1979 onwards, there was some Government funding for representatives and organisations who were acting as a link between Gypsy and Traveller communities and local authorities and government. ACERT became involved with work on encouraging and promoting site provision, including private site provision in particular, and received Government funding for it. Later in the 1990’s, ACERT received Government funding to research progress (or not) with local authorities’ developing planning policies on Gypsy sites. That research became a publication by the Policy Press of Bristol University which detailed all the planning policies on the subject, at that time, from all English local authorities. Further commissioned research sought to analyse the reasons why private Gypsy site applications were turned down. Both pieces of research were considered by the ODPM Select Committee in 2003/4 which looked at the whole subject.

Since the end of the 1990’s, ACERT has reverted to being a lobbying organisation on Education issues but also runs a very successful event “Education on the Hoof” at Appleby Horse Fair each June in Cumbria, and maintains close links and many common aims with the National Association of Teachers of Travellers and Other Professionals (NATT+).