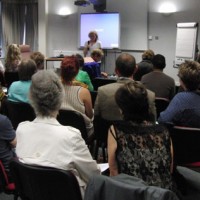 Despite political uncertainty the year has been a very productive one. ACERT has responded to numerous reviews for the DFE, Ofsted and others and fully engaged in the consultations. These include:

There was a meeting at the end of last year with the minister Nick Gibb regarding GRT lack of attainment and our concerns at the DfE. There have been 2 joint meetings between the DfE, ACERT and NATT+ where Traveller issues were discussed, and we are beginning to see ways forward to building partnerships, and informing political players. There has also been a meeting at OFSTED with Christine Gilbert, HMCI and her colleague Sue Gregory the National Director for all school inspections. I would like to offer my thanks to Angel Overington and Andrea Smith who continue to keep Traveller issues high on the agenda of the DfE. I would also like to offer my thanks to Lord Eric Avebury, who ensures Traveller issues are considered in the House of Lords and has supported the Traveller people by providing a voice in parliament on areas that impact on Traveller families. He is currently actively involved in tabling amendments to the Education Bill 2011 as it goes through the House of Lords.

The ACERT website goes from strength to strength. This has been a huge development for our communication links and ACERT is grateful to all the support we have from Graham Alexander. His expertise and commitment have really been appreciated. The website has enabled ACERT to provide support to Travellers concerned about funding for higher education, advice to prison staff and prisoners, information about Appleby and other Traveller fairs such as Saintes Marie de la Mer, and responses to local authorities regarding planning.

In November 2010 we held the ACERT Conference, All Change? The Future of Gypsy, Roma and Traveller Inclusion in the New Coalition Era, which attracted a high calibre of speakers and a renewed interest in the membership of ACERT. We had successful feedback. I would like to offer my thanks to Margaret Wood and Tim Everson as the prime organisers of this event.

In the past year we have liaised with a number of other organisations and individuals with whom we share concerns. These include:

We have also worked with Delaine Le Bas to enable the ACERT artworks from the Secord Site Exhibition could be more widely used in Suffolk schools.

Early in 2011 Lord Avebury wrote on behalf of ACERT to all Directors of Children’s Services in England requesting information and reassurances with regard to continuing support for Gypsy, Roma and Traveller education. Almost 40 local authorities responded. Despite significant cuts to Traveller Education Services the message was that local authorities understand their obligations to these groups and that they are working to improve pupil performance. ACERT has written back offering further advice and training.

The AGM was very successful last year with a number of issues covered. These included

The AGM ran very smoothly and this would not have happened without the hard work of Hazel Terry who works tirelessly behind the scenes to ensure the day is a success. I would also like to thank our treasurer Helen Creedon, also Hilary Fothergill who ensures the accounts are in order and has always been in the background providing support.

Finally, I would like to finish by thanking David Cannon who has worked with ACERT over the years and whose expertise and support have been invaluable. His decision to stand down, following thirty years in the field and focusing on future priorities is completely understandable in the present political climate of redundancy and change. He has asked me to pass on his deep thanks for the fond memories and his sincere best wishes for the future of ACERT. We as the ACERT Committee wish him all the very best for his future journey.