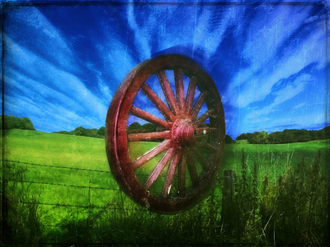 A campaign is growing to challenge the change in planning regulations which changes the planning definition of Traveller to those who have  a nomadic habit of life. Those who have permanently ceased to travel, to get their children educated, due to old age and ill-health, will lose the right to be considered as travellers.

ACERT encourages its members to sign the online petition and attend the national demonstration on 21st May 2016.

The petition was launched after a meeting between HertsGATE, The Gypsy Council, The Gypsy Roma Traveller Police Association and former UK Association of Gypsy Women campaigner Shay Clipson at the Traveller Movement office on the Holloway Road in London.

The government “believes it is fair that if someone has given up travelling permanently then applications for planning permission should be considered as they are for the settled community within national planning policy rather than Planning Policy for Traveller Sites.”

Families who have been forced into housing due to lack of appropriate provision and even the generation of young Travellers who have grown up on official sites, will be unable to claim pitches on sites or apply for planning permission for private site developments. While Gypsies, Roma and Travellers are still recognised under Equalities legislation, the change in the planning definition reminds us of the frequently heard denial of identity, “How can they be Travellers if they don’t travel.”

Last year, the Planning Officers Society (POS) raised concerns over the government’s plan in its response to the consultation on the proposals, warning the move could have unintended consequences.

This proposal is going to be very challenging to implement and assess at application or appeal stage,” the POS consultation response said. “A lot of local authority and inspectors’ time is going to be taken up debating whether a family are still travelling and therefore entitled to a pitch.”