This year’s AGM took place in late September, once again in The Community Rooms in Millman Street, London.

A well attended meeting heard Lord Avebury give the opening speech on coalition related issues and then listened to presentations on E-LAMP by Ken Marks and Kate D’Arcy and Appleby On the Hoof by David Sheard and Hugh Stanners. There were also reports by the Children’s Rights Alliance for England by Katy Swaine, Emma Nuttall spoke about Friends & Families of Travellers and Lucy Beckett talked about the Traveller Reform Project. Heather Bottomley invited comments on the DfE Early Years call for evidence consultation and Lucie Fremlova spoke briefly about Equality, the new charity supporting Roma. The Chair of ACERT Pat Barr also gave her report on the year and the treasurer Helen Creedon gave a finance update.

Elections for the new officers and committee were held and Pat Barr was re-elected as chair. There was extensive discussion led by Brian Foster, Athur Ivatts and Pat Barr on suitable questions to put to the Minister of State for Schools, Nick Gibb MP, at the meeting on October 14th.

Pat Barr reported on a busy and proactive year for ACERT

Eric Avebury delivered his speech at the AGM. You can read his speech in full by following the link below. He gives a “coalition update” and looks forward to the upcoming meeting with Schools Minister Nick Gibb. 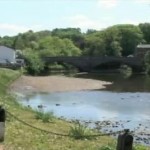 As last year a DVD featuring “Education on the Hoof” was shown at the AGM – Appleby Horse Fair 2010. We have been granted permission to show the clip on our site. This film was filmed, edited and produced by Toby Park and Tom Newlove and features footage by Simon Evans.