Dea, a former circus artiste, founded and is Ringmaster of Circus250, the UK and Ireland-wide celebration of 250 years of circus in 2018. An established broadcaster, Dea recently made Who Killed the Circus? for BBC World Service, an hour-long documentary on the end of Ringling Brothers circus and Circus Days, Circus Nights, a Channel 4 documentary on Dea’s experiences of circus work. 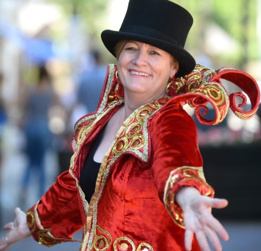 Dea has compiled, introduced and edited the Circus250 Souvenir Programme documenting the history and current practice of circus. She is also an award-winning writer and journalist, author of seven books includingSerpent in Paradiseand Off the Beaten Track: Three Centuries of Women Travellers. She is a contributor to the Guardian, Mail on Sunday and a wide range of publications on circus, as well as a regular commentator for the BBC and Irish radio stations. She is Creative Director of ManyRiversFilms, a BAFTA-winning film company, making challenging dramas and documentaries. Dea also founded Kids in Museums, the UK-wide organisation working with museums, galleries and heritage sites to make them more welcoming of children and families – in particular those who have never visited before. 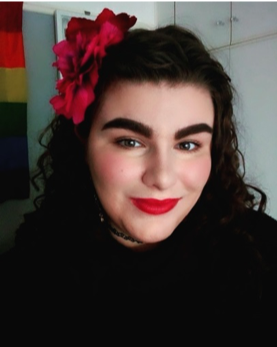 Lois is a young Roma LGBT+ student from Shropshire. She is currently studying a BA in International Relations and Politics at the University of Chester and is a trainee board member of Young Women’s
Christian Association (YWCA) GB. Lois is also an EYWCA Representative for the European Youth Forum and utilises her poetry as advocacy towards Roma and Traveller rights.

Janie is a Romany Gypsy who is employed as a manager by One Voice 4 Travellers a grass roots community group working to support women, girls and families affected by violence, especially domestic abuse.  Janie is currently studying part-time PhD student at DMU Leicester where she is undertaking research with Gypsies and Travellers looking at the politics of Cultural Identity and how key issues such as Ethnicity, Education, Relationships and Accommodation influence identity construction. 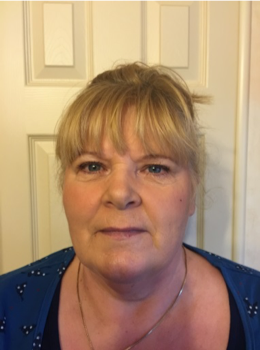 Janie has over 30 years’ experience of supporting and helping Travellers both in a paid and voluntary capacity and was awarded an MBE for her work supporting Gypsy and Travellers suffering from or affected by violence and domestic abuse.  Janie studies have included an MSc in Community development a Post Graduate qualification in conflict resolution and peace building, a degree in Youth and Community development, and a level 4 in Gypsy and Traveller site management, as well as being trained in mediation, conflict resolution, negotiation and restorative justice.  Janie is a former Commissioner of the Commission for Racial Equality and was a member of the Government Task Force on Enforcement and Accommodation for Gypsy and Travellers.

Sindy is a Frontline Defender (HRD) and is a PhD student in the Department of Sociology, University of Limerick. She has a B.A in English and Historyand a Masters in Sociology. She was the module coordinator and lecturer in ‘Travellers, Rights and Nomadism’ and ‘Travellers, Ethnicity and Rights’ in University College Dublin with the School of Social Policy, Social Work and Social Justice. 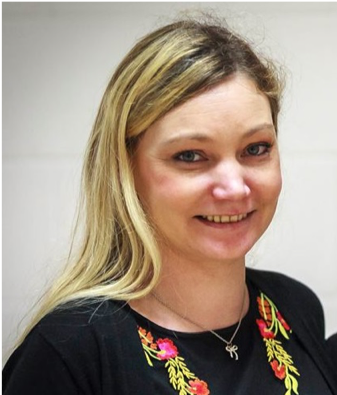 Her research interests include both direct and indirect forms of racism, ethnicity/identity, social/political constructions of Irish Travellers and the production of space related inequalities. Sindy won the 2014 Traveller Pride Award for Education. Her PhD title is Mincéirs Siúladh: An ethnographic study of young Travellers’ experiences of racism in urban space. Her research addresses the original and important question of how anti-Traveller racism shapes young people’s use of and movement through public space. Sindy is co-supervised by Dr. Amanda Haynes and Dr. Martin Power of the Department of Sociology, University of Limerick. Sindy was successful in winning the prestigious Irish Research Council Government of Ireland Postgraduate Scholarship Scheme with a top score of 95.5%. Sindy’s publications include: 2013: Seminar Review of “Imogen Tyler: Revolting subjects: eviction and occupation in neoliberal Britain”, Socheolas: Limerick student of sociology, 5(1)

Christina is community development and partnerships officer in the Traveller Movement. An Irish Traveller and a mother of two children. Christina joined the Traveller movement in april 2017 when she attended an advocacy course on domestic abuse; she then had the opportunity to apply for an internship and started in October. 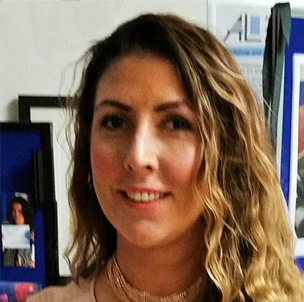 Christina works on the education project delivering cultural awareness training and she is an advocate for women and delivers cultural competency training with Solace Women’s Aid.  She is a member of WEN (Women’s empowerment network) and also a member of the Department for Education GRT stakeholder group. Christina is passionate about raising awareness and helping to fight against discrimination and many issues in Gypsy, Roma and Traveller communities.

As a Roma there isn’t anything I haven’t been able to do I have gained a 2:1 LLB law degree at university, currently I work for one of the largest law firms in the world and I still work on the weekends. You define yourself, never let anyone else define you – otherwise we will fall into this self-fulfilling prophecy. Mania, my mum is a great example of someone who has been rejected and judged all her life simply because she is a Roma. 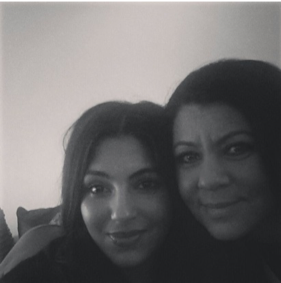 But as well as just being a Gypsy Roma she is a Mother to her children, she is a breadwinner to a home and she is exceptional at her job because of her work ethic. I, Natasha, have been so fortunate to be guided by my Mother who has always stressed the importance of knowing who I really am… not how I am defined by society and the rest of the world. There is absolutely no reason why every Roma child in the world can’t fulfil their dreams and achieve whatever they want. I knew that education makes the difference that’s why I choose that path. Education opens your eyes to different walks of life, education allows you to learn the history of the world, education enables you to meet people and learn from them.  It’s our duty to start change, to demonstrate the skills that we have, all we need is opportunity. 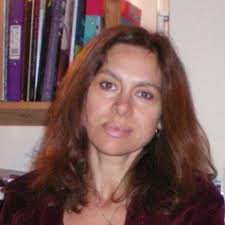 Dr Hazel Marsh is senior lecturer in Latin American Studies at the University of East Anglia. Of Romani heritage, her research interests include popular music and social activism, politics and popular culture, collective memory and identity, and Gypsy/Roma/Traveller contributions to cultural life. She has published on George Borrow’s construction of Gypsy identity, music and social movements in Mexico, and Venezuelan cultural policy in the Chávez period. She is currently involved in two research projects which focus on how people displaced by armed conflict in Colombia and how to minimise ongoing trauma in post-disaster settings in India. 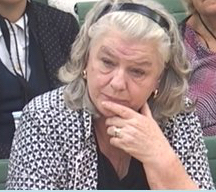 Lisa Smith is Vice-chair of ACERT. She obtained an MA in Inclusive Education in 2015 from the University of Worcester and is currently Youth Editor at Travellers’ Times a national magazine for and by Roma and Traveller communities. She is also a Global Leader for Young Children at the World Forum Foundation and a freelance education consultant for the Council of Europe as part of the INSCHOOL project on Roma Education. 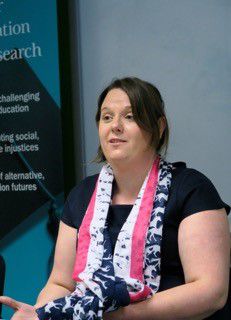 Kealey Sly lives in Leicester. She recently left Leicestershire GATE where she was the sole community project worker and ran projects with a strong focus on education to pursue a career in social work. Having worked voluntarily providing cultural awareness training for many years and growing up living on the road side Kealey is aware of the injustices faced by this community but also the strong women who exist within the Gypsy, Traveller and fairground communities. 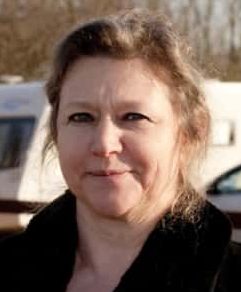 Dr Siobhan Spencer MBE works in a national capacity for her community on Gypsy planning and health community issues). From 1987 to date she has worked in a volunteer capacity as coordinator for Derbyshire Gypsy Liaison Group. In 2005 she set up The National Federation of Gypsy Liaison Groups (NFGLG), which encourages and enables members of the Gypsy and Traveller community to participate more effectively with Government agencies. In 2009 she was awarded an MBE for community relations and in 2015 was appointed to Government Commission for the Holocaust Education Advisory Group Between 2007-2009 she represented Gypsy Communities on to the Government Task Group on Accommodation and Enforcement Issues. Siobhan is an advocate of lifelong learning she did not undertake any higher education A levels etc, until after being married at 17 and raising four children. She gained a Law Degree in 2012 from Derby University and PhD from Anglia Ruskin University in 2018.

Liza is a dance/performance artist currently working in Leicester. 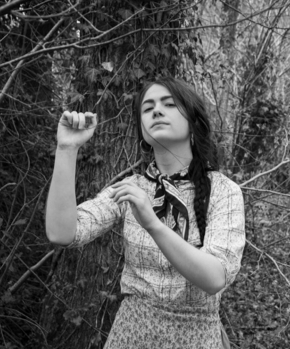 Her creative practice focuses on my Romany Gypsy heritage and culture, where she works with improvisation, gesture, documentation through recorded interviews and archive material, as well as projection and acting. She is a performer for a physical theatre company, Fuelled Dance Theatre, and she is also currently studying Masters in Art at De Montfort University.

Josie is from an Irish Traveller family, she came to the UK in the late seventies. She lived a nomadic life travelling around the UK until an illness forced the family to settle in Hertfordshire in the nineties.

She volunteered with The Traveller Movement in London as a Community development worker and researcher for many years. She holds an Advanced Award in the Management of Gypsy & Traveller Sites and she has won several community engagement awards. She has trained as a Roma meditator on the Council of Europe Romed program. She sits on several local and national governmental advisory and equality and hate crime boards. In 2008 she Founded and chaired GATE Herts (a GRT led not for profit charity) before taking on her current role as Chief Officer, she is committed to working towards the elimination of discrimination and disadvantages facing Gypsies, Traveller and Roma people.

Sherrie is project manager at GATEHerts she joined as a volunteer in February 2015. Sherrie comes from a traditional family of Romany Gypsies descending from Belvedere, Kent and Bow, London. 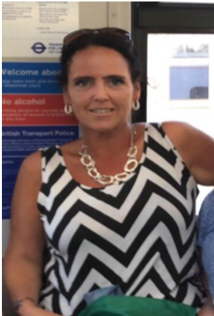 Sherrie is currently finishing her BA at Goldsmiths college in social science, community development and youth work. She is member of several local and national boards/panels including Imperial war museum. Sherrie’s real passion is hate crime and tackling the everyday inequalities that entails. She also has a special interest in raising awareness of Roma holocaust. Sherrie is also a qualified tutor & florist facilitating tailored training courses for Gypsy, Roma and Travellers. 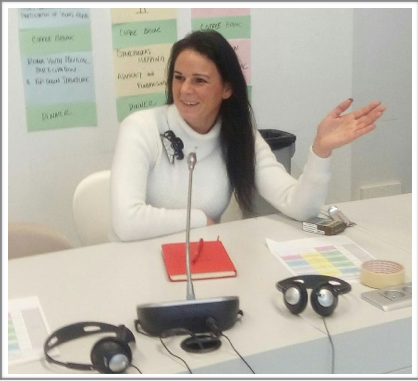 Sabrina is a Scottish Traveller who has spent most of her life travelling the length and breadth of Britain. She is a mother off 6, an activist and qualified nurse. She believes in fighting for the rights of Gypsy and Traveller people and protecting the nomadic way of life. She is part of many different organisations and hopesthat one day there will be no need for Gypsy and Traveller organisations to exist. 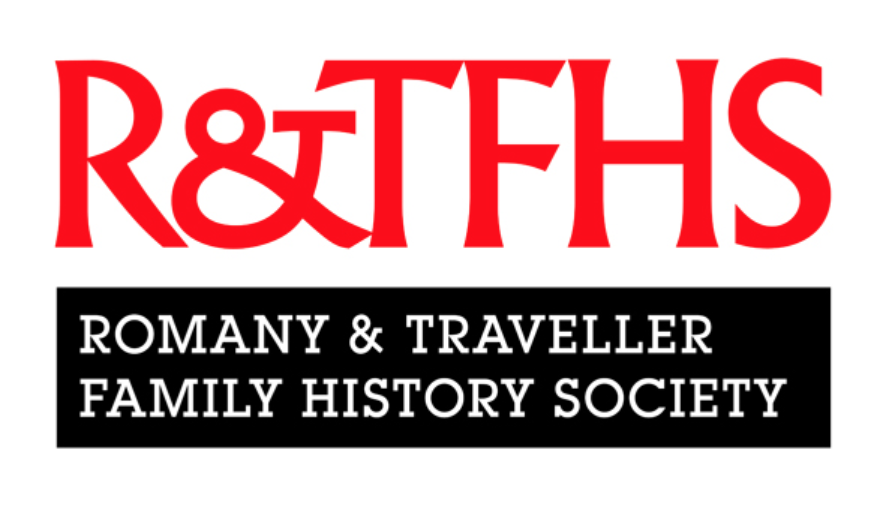 The Romany and Traveller Family History society are the first – and still the only – British family history society for people with Romany Gypsy, Traveller and Fairground roots. https://rtfhs.org.uk/

Roma are the largest ethnic minority in Europe, and we live in every single European country. The European Roma Rights Centre wants to build a network of activists, both Roma and non-Roma, who can mobilise online and, on the ground, to challenge racism against our people wherever they see it. Our  Roma Rights Defenders have access to the latest updates from the ERRC about events, cases, open days, training workshops, protests, petitions, internships and job opportunities. In turn, Roma Rights Defenders act as our ear to the ground in countries across Europe. They feed us local knowledge about possible human rights violations and discrimination against Romani people wherever they are, so that we can expose it, challenge it and litigate so that it doesn’t happen again! https://www.errc.org/get-involved/join-us