Women in Circus from Circus250 on Vimeo.

Dea began by commenting how impressed with testimonies offered by the previous speakers and said she would be interested to promote them as broadcaster. She described how often racism is covert: a rural primary school close to where she lives in South West Ireland had 19 children un roll,  4 of whom were Travellers. Gradually the other families gradually withdrew their children until only the Travellers were left, when the school was closed down. None of the families who moved their children gave the Traveller children as the reason they had withdrawn their children because they knew that would be interpreted as racism; but they withdrew them none the less.

Dea’s interest in Gypsy, Roma and Traveller communities was developed 18 years ago through her participation in the Romani studies MA class at Greenwich University with Thomas Acton. She subsequently ran away to join the circus.

Circus began in 1768 in  Waterloo, London by Philip and Patty Astley. Philip was a former sergeant major in the British cavalry who ran a riding school in Lambeth and his trick riding displays were the foundation of a new type of entertainment that spread across the globe involving horse riders, jugglers, tumblers. Patty’s trick was to ride around smothered in a swarm of bees. No-one knows how! 4 years later the circus arrived in Dublin, then moved on to the continent, India and America.

Dear described her mission to put women back into the history of circus. The leotard was a garment invented for circus ring from 1860 when which allowed women to move freely, in contrast to the hooped skirts Victorian women were expected to wear in public. They earned lots of money and were powerful. They were role models, being allowed to strong, brave and attractive.

The circus community was diverse. Degas sketched and painted Miss La La in 1879 who was one of the best paid artistes, superstar of her era, literally a strong, black woman. Coringa incorporated her heritage into her act, performing with two crocodiles! 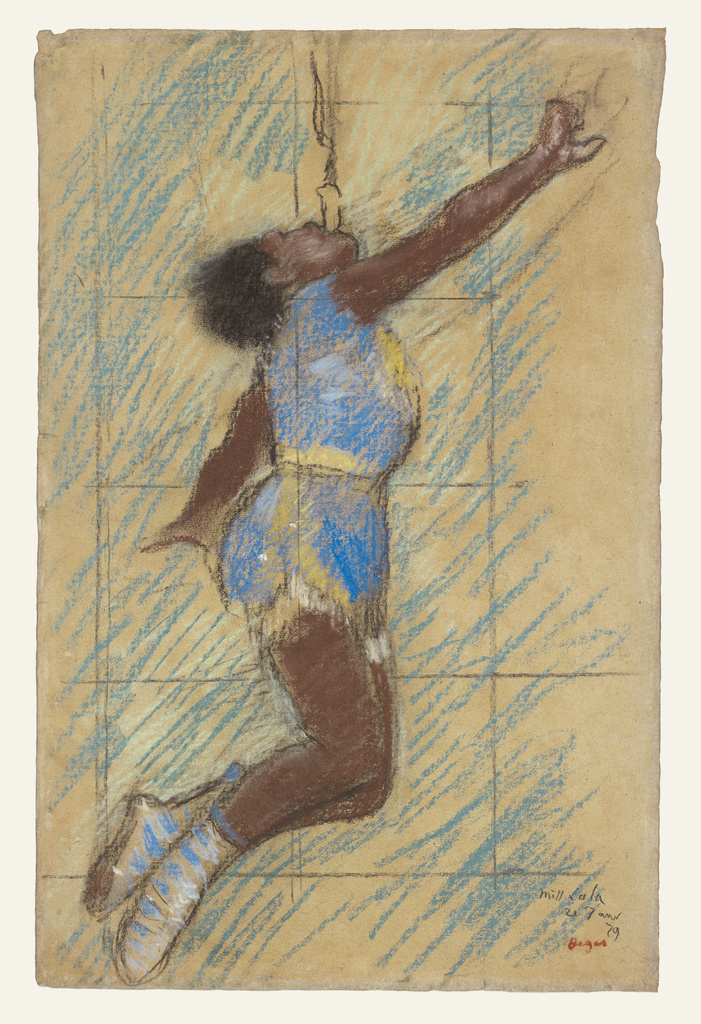 Dea presented the film in which Nell Gifford – founder and director of Gifford’s Circus, Yasmine Smart – Equestrian and former ringmaster Billy Smart’s Circus, Rebecca Truman – Aerialist, founder and director of Skinning the Cat and Professor Vanessa Toulmin – circus historian discuss with Dea – founder of Circus 250 and a former performer – the role of women in the circus. Women do all the jobs, including driving trucks, setting up the rigging, child care and filling the fridge as well as performing.  In a male dominated world they believe the future is female.

As part of Circus 250 events Dea as ring-mistress and two circus strong women explain their acts to empower girls.